Thailand Research Expo: What I expected and what I got.

When I heard about the Thailand Research Expo taking place in the Centara Grand Convention Center, I as a science podcaster was quite excited. There aren't many opportunities to see Thai science in action, and the even announced some cool robots. A quick look at the website left me in the unknown since everything was in Thai language. But that didn't frustrate me much, and so we spent the Sunday morning there. 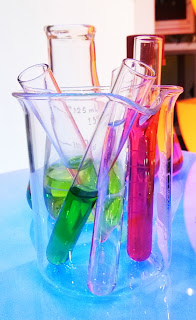 First we had to fill a form that was all in Thai and of course to leave a copy of our passport. Then we got a nice bag and the catalogue - all in Thai as well. To say it right from the beginning: 90 percent of information provided there was in Thai, and people in the stalls barely spoke English (with few exceptions).

I am not really expecting people speaking English in any local event, at a food fair, or fashion, or music events. But the language of science is English, like it or not. Also, with the (maybe) coming AEC it is important to show off your research skills and share knowledge with other countries. If I weren't an investor searching for opportunities in Thailand, I would have turned away after a few minutes. It clearly said this research is for Thais only.

But I am not giving up that easy, and so we went looking for the bright side of the fair. And we found some gems indeed.
One university was showing a system of automated sliding doors for outside train stations. You may have seen them at Siam already - only those are locked and not in operation. The model I was shown at least worked after a reset of the system.

Then there was another University showing how they grow bacteria on sponges to extract colour pigments. OR those building robots that can respond to moves they detect through a camera (what isn't to complicated anymore to achieve with the kinect system). 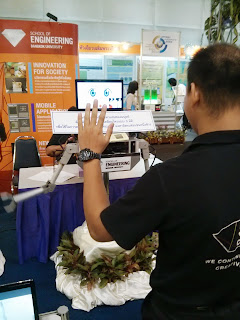 There was a demonstration of a water and flood management system for BAngkok (at least I guessed it from the model that was displayed). 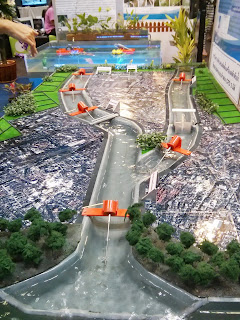 Some guys showed a high speed train concept based on electric conductors. 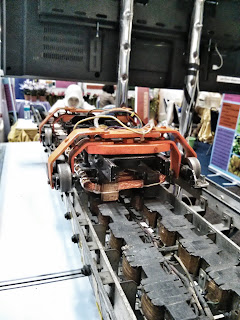 Not sure if this was meant for the new train infrastructure budget the government proposed recently.


Quite amazing was a chat with a leading scientist of another university who is doing assessments and problem solving in environment pollution cases. They actually developed solutions for ground water contamination in remote villages, illegal waste dump in ponds near housings or even oil spills. The problem was that even if they found a solution, they couldnt really scaled it up because there wasn't sufficient funding.

As I said, a few gemstones. Bu the majority of stalls were either without anything to display beside thick printed reports or, even worse, agricultural products. And I am not talking about some break through research in rice production. I am talking about yet another body lotion from some OTOP shop, some healthy juice, cream or pills. 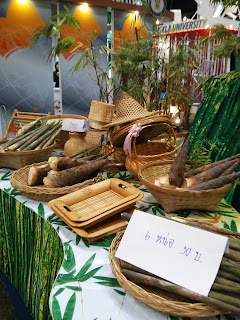 As if Thailand wants to promote itself as a agricultural and backwards oriented country (I thought thats Laos USP). I somehow had the feeling that at least some of the "vendors" were there because they had to be. Since it was organised by the National Research Council of Thailand (no English version), I wouldn't be too surprised if it was mandatory for some institutions to be there. As it probably was for the many students swarming around. There were a lot of presentations and sessions in some of the other rooms, and a few had actually English titles.

So my conclusion: As most of the times when a event is government related, don't expect too much. It's not made to impress visitors but to show off to superiors and get some nice more pages in the yearly report.