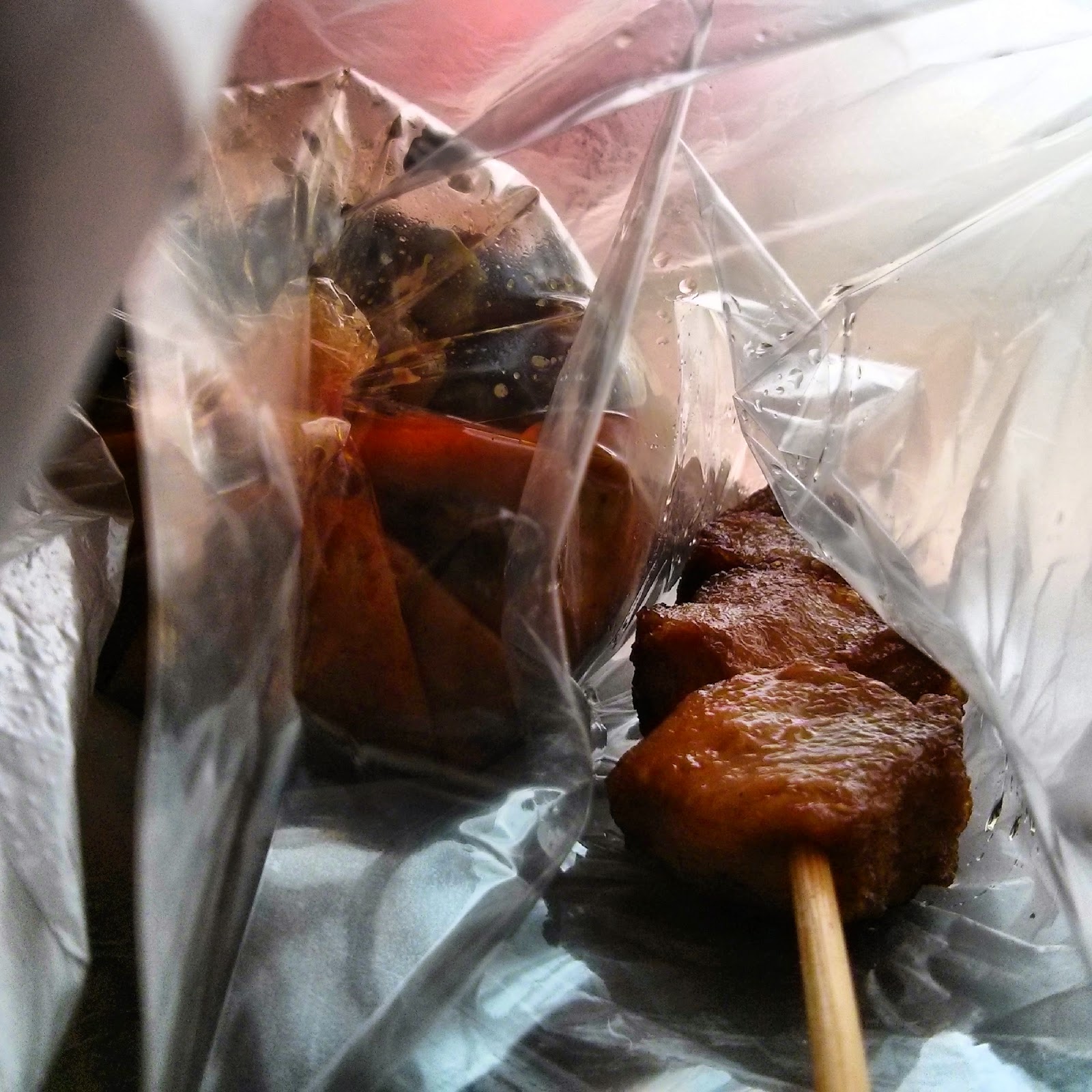 Every morning a ride my motobike about 7 kilometers through streets and sois in the suburbs of Bangkok, and in the evening I ride the same way back home (mainly Soi Lasalle and Soi Bearing). I captured once this ride with a gopro cam  http://m.youtube.com/watch?v=oLvQJypnS3I) and while it gives you some impression about the area I live in (and the traffic there too), one, and maybe the most important thing is missing: the smell of hundreds of small street food shops, the odor from the early rain, from the overflowing sewage system, the gas powered tuk tuk (are they using any parfume there?), or from a decade old diesel truck.


You won't get that on a taxi or your air conditioned car. And it is something you can only try to describe, but technology has yet not make it possibe to share a scent. The pleasant smell of a simmering curry, the for some not so pleasent flavor of a durian stall. The spices vaporizing in the smoke of a BBQ grill. The fragrance of fresh roses and flower bouquets sold just next to the street. The stinking garbage truck I am stuck behind, and the parfume of the young girl on the mototaxi right in front to me, mixing to an unforgetable conglomerate of what makes this City of Angles so special.

(Of course there are downsides, like a BTS ride in the evening rush hour in the hot season or the attempt to walk through the fragrance department in a shopping mall without breathing)

Research actually shows that we remember a scent or smell quite good, even from our childhood. We can actually "recall" a scent in our brain. Remember the book "The parfume"?

- You can smell as fresh as a daisy every month and your scent cells are renewed every 28 days, so every four weeks you get a new “nose”.

-  Smell is the most sensitive of the senses. People can remember smells with 65% accuracy after a year, while visual recall is about 50% after three months.Research has shown that smell is the sense most linked to our emotional recollection. So, when linked to a product, that can reap dividends.

Maybe this is what makes Bangkok so unforgettable?

Some people even want to develop devices to create and share a scent: http://mashable.com/2013/05/13/chatperf-scented-phone/

But that still cannot catch what your nose gets from a stall selling my favorite Palo, the five spices mix with tofu, eggs and pork belly: cinnamon, anise, even the sugar seems to vaporize and crawl slowly through the street in a layer of fine smelling molecules, like an invisible yet detectable promotion banner.  I actually smelled it for a while until I figured out what dish it is that is smelling so significant and tasty. (Another discovery was the shop that cooks lotus stems - not so pleasant)

The only way to actually catch it is called "say thung". You buy some street food for take away and when you are back home and warm it up in the microwave for 20 seconds, it still smells like the hut with the middle age woman you bought it from.

On a side node: the olfactory experience in Vientiane/Laos for example is totally different. It is mainly burning trash with a dominant note of melting plastic and a little bit of charcoal grilled meat. Saigons sewage smell is like Old Spice: it blows everything away even the most beautiful parfume.And Phnom Penh, as much as I love it, is - from the nose speaking - a huge garbage dump.